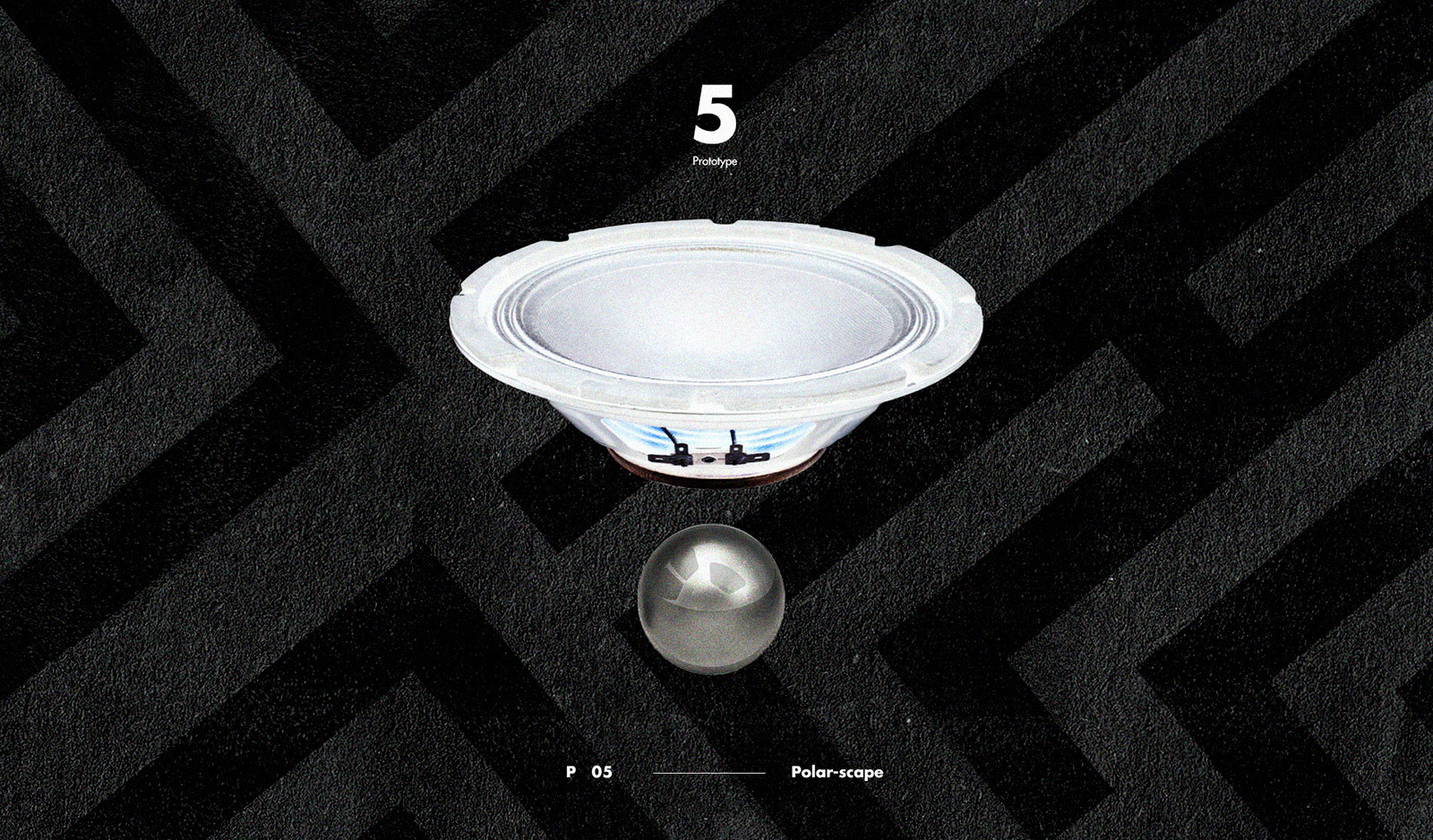 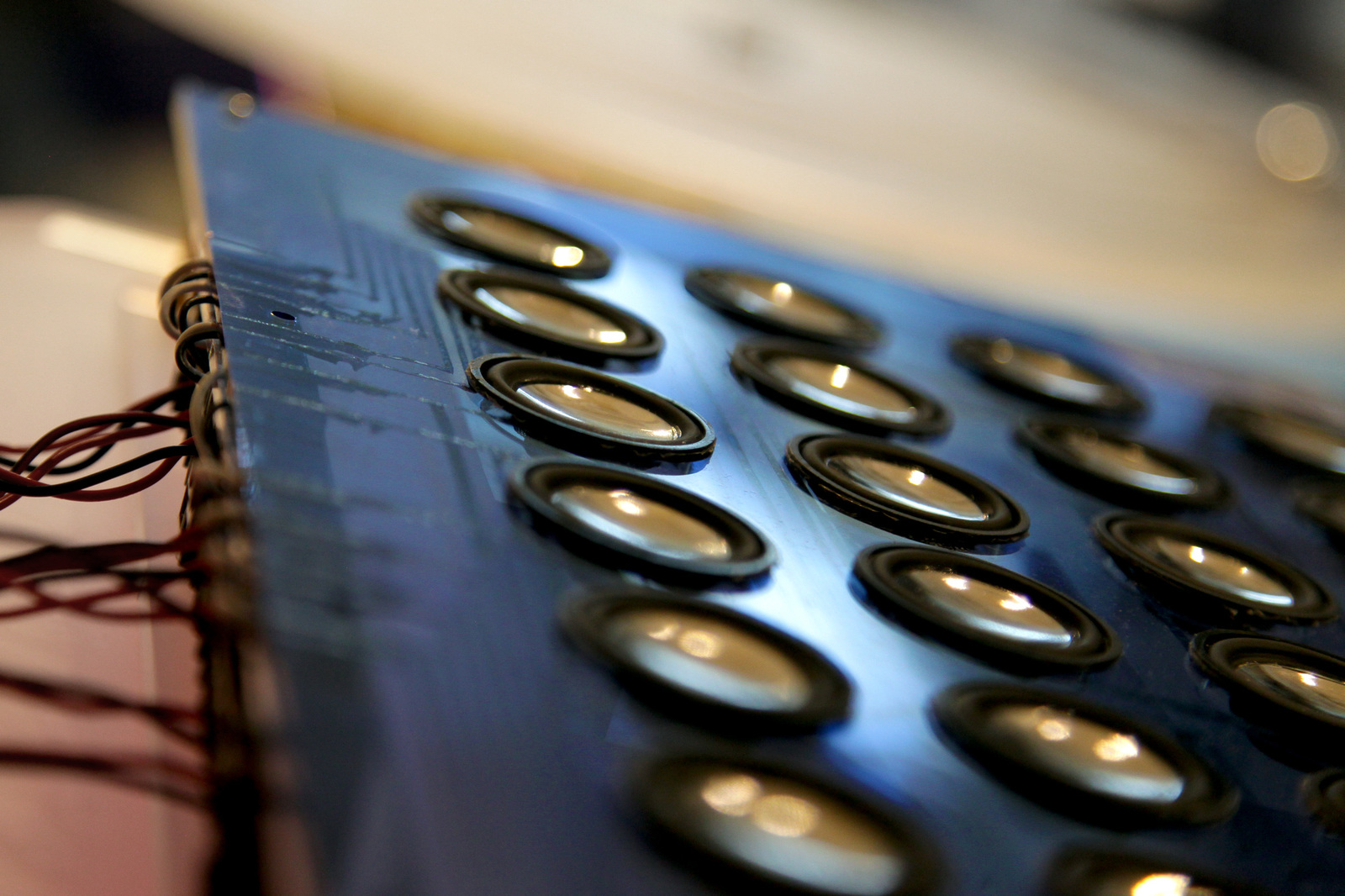 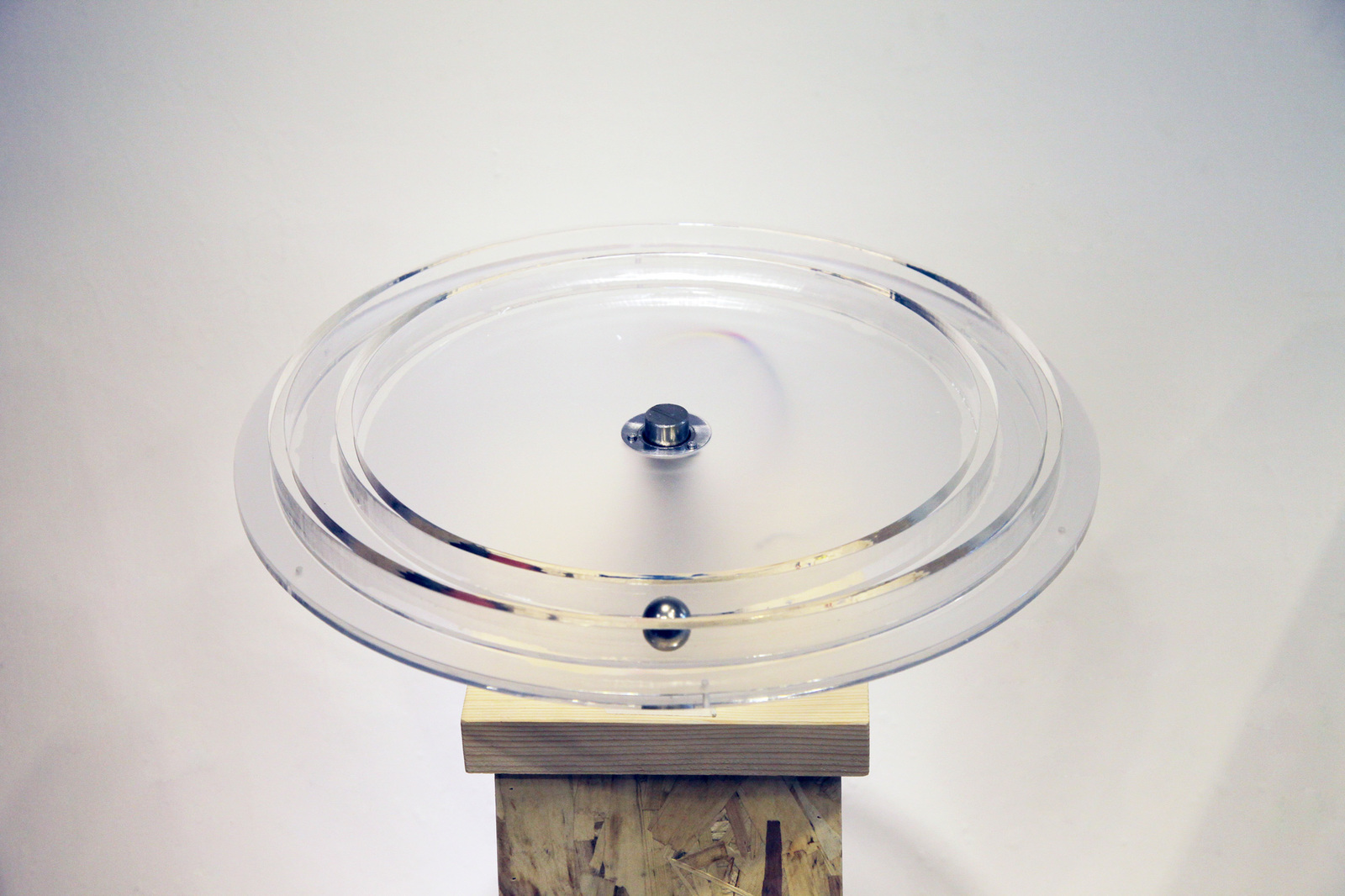 While the permanent magnet is eliminated in the loudspeaker units, Polar Polar turns this component into a variable factor that players are asked to use a magnetic ball to complete a Ball-in-a-maze puzzle. The sound generated on one hand serves the semantic means of completing the game, whereas the artefact becomes a musical instrument through the act of playing.

With disrupting the conventional mechanism of the loudspeaker, Polar Polar recreates a familiar, yet alienated experience through the investigation of how a technological medium could possibly appear to us.

About IOIO
IOIO is a group of artists, engineers and designers that resides in the intersection between virtuality and physicality. We pull elements from their usual habitat and put it in the other side, the unfamiliar habitat, in the hope to find a novel perspective to see things we thought we are familiar with. It is through the disruption of this network of many things that lives in virtual world, physical world or as a bridge between two worlds, we try to create new nodes in the network, new meaning of interaction, new perspective to see.

We believe this is a rich and refreshing way to tell old story, an exciting and promising way to create new story.