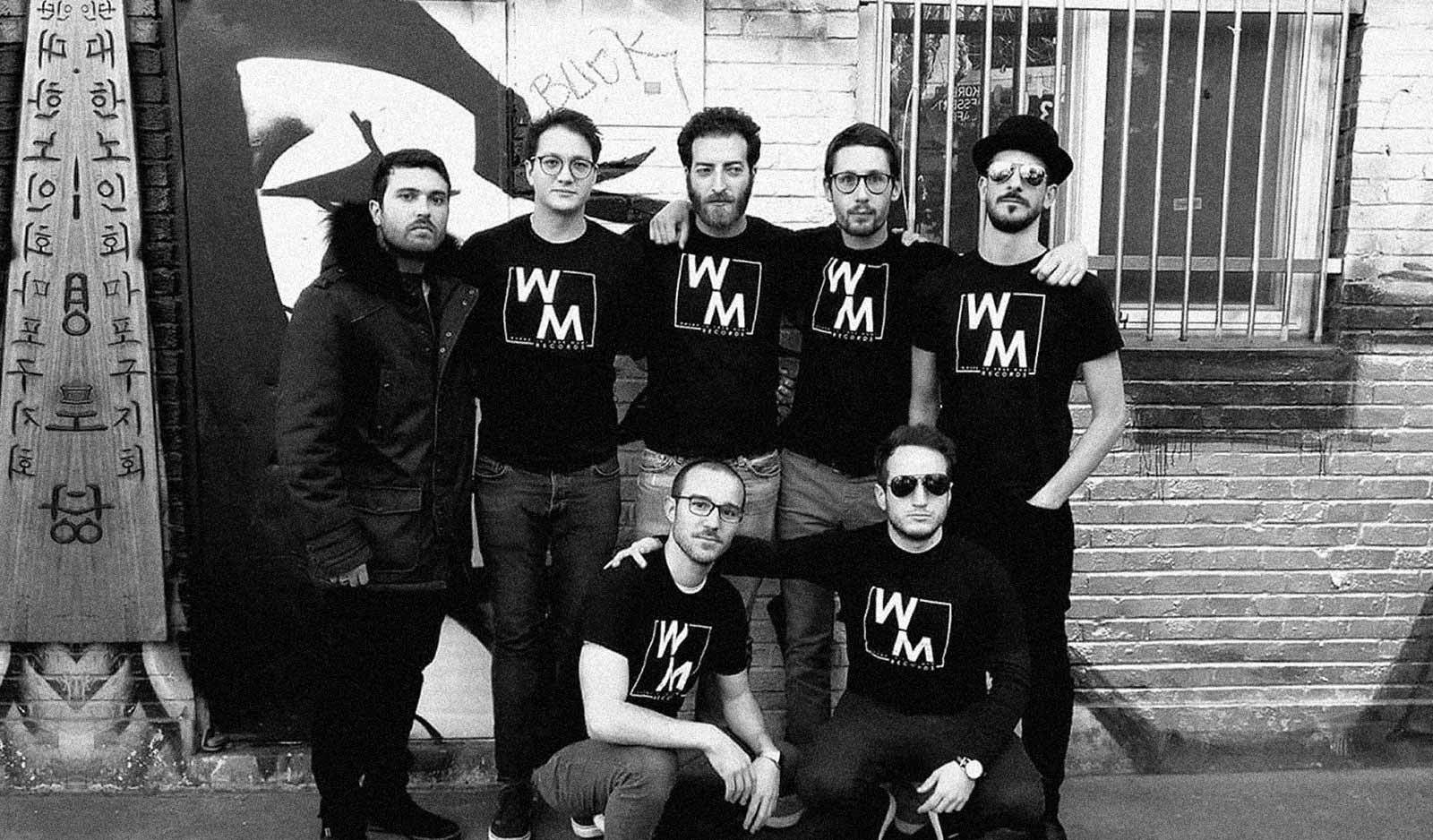 After a few years in Hong Kong, those six young French men tired of living the same sanitized night life decided to gather and initiate their own parties. Each of them were coming from different backgrounds, but all thrown into the love of House Music since their young age. They quickly knew how to feel the kicks and the bass straight out of Berlin Techno and Paris’ House Scene. Playing separately for several events, they now assemble their creativity and energy to trigger this new records, Where is your Mum. WM is this unseen vitality and fervor of throwing dynamic house beats, pushing moody techno tracks and distilling brutal acid house.

Between pure techno, banging Chicago, tracks old and new of the past twenty-five years, the six boys from WM Records communicate their message with an apparent sincerity and warmth.

When he discovered House Music in the late 90 ́s, the connexion was established. A few years later, Morgan aka BlackHat started to mix in his town and moved to Paris, where he lived for 11 years.Through those years, he traveled all around the world discovering new inspirations and new perspectives.

As an open-minded person he’s always ready to meet new people and to try new things, especially when he arrived in Hong-Kong. He hence co-founded WM Records with Xavier Wenger - aka X-Wenger) in order to give a new vision of House, Deep and Techno music in Hong-Kong.

Originally from France, X-WENGER aka Xavier developed his love for Techno music 6 years ago during his time in Beijing creating the Electronic Sunday Event by RedMinded.

Back in Paris and thrilled by the Parisian house scene he developed the Tekno Caves, dark and alternative parties in Le Marais. Now living in Hong Kong, inspired by the energy and the environment, he co-founded with his very good mates WM Records, promoting underground music and culture. Expect to see him distilling acid house and blasting Detroit Techno.

HHSTMM was born in the south-east of Belgium, where he spend most of his youth surrounded by gabbers, and other hardcore electronic music movements.

Having spent many years organizing parties through Asia, he decided to join the WM adventure to bring his experience. He gained a strong DJ experience from his peers, and throw rare shady techno, trance & acid tracks at every WM raves.

Born in Lille in the North of France, the attraction of Shifu for Dark Techno comes from a landmark night spent in the Tresor club in Berlin back in 2012. He was stuck hearing those brutal sounds, and he knew that underground techno was his stuff.

After spending a few months in Shanghai heading to the Mansion or the Dada as a partygoer, he moved to Hong Kong, and co-founded WM Records. His vision was to grow the underground scene here and offer some alternatives to the techno lovers. From intimate underground venues to large outdoor raves, he is there to plug brutal techno tracks right on the decks.

Behind deck for the past 10 years, Sucra has perfected his tastes through various genres to achieve a perfect balance between House and Techno. The french touch has never been so strong as he got his influences from Justice, Soulwax, Durkin and many more.....

He started his journey in Bruxelles while at university to after evolve and play in some of the biggest clubs in London (Pacha, Egg). He is now home in Hong Kong with WM Records and ready to see what Asian has to offer.

WM Records member RounDAbouT touched his first pots in a friend’s cave at 17. First focused on Prog, Electro and Indie Dance Nu Disco sounds, he definitely got to Techno music 4 years ago.

Since then, he forged his own style between Deep and Techno tracks, until he met the other WM Records altar boys. With this crew, he will make you float away on the beats of Techno music.