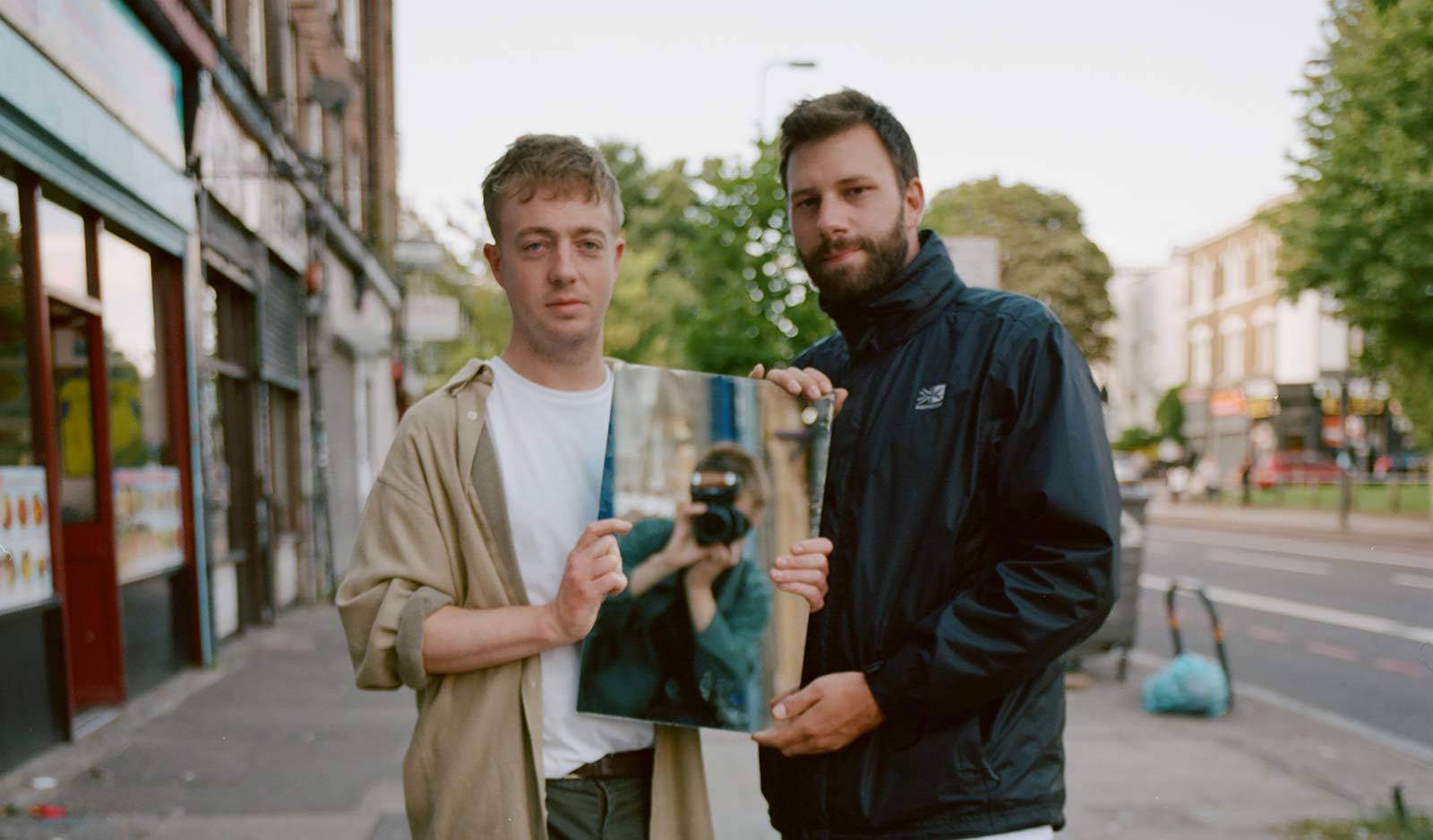 Love What Survives is the third studio album from Mount Kimbie. It is a melodic yet robust electronic record for driving with the windows down and a distillation of their career to date, mixing multiple singing voices and musical personalities, flirting with freeform experimentation, pop tropes and an expansive sonic palette.

As the title suggests the record is the product of three years of intense creative development, continually honed by the duo writing and rewriting their ideas to form something wholly idiosyncratic and personal. It brings together the voices of their close friends and collaborators - who together represent a corner of the UK’s young artistic talent - James Blake, Micachu and King Krule, within the immersive, unique atmosphere of a Mount Kimbie album. It’s the most confident statement of intent from the boundary-pushing duo yet, and an embodiment of their career-long musical progression.

Making this album, says Kai Campos – who along with Dominic Maker is Mount Kimbie - “was about taking away everything that had been successful for us before.” Love What Survives was made mostly on just two vintage synths, a Korg MS-20, and a Korg Delta. Both instruments have what Kai describes a “punk and janky, Robert Wyatt quality”. With an industrial character and a direct playing style, these synths pushed Mount Kimbie toward their bold new sound.

The record’s more expansive aura is also indebted to the fact it was made between London and Los Angeles. After Maker moved to the West Coast in 2016 the duo would travel back and forth to work together, cultivating ideas in intensive sessions. For Maker, putting down roots in a foreign city with its cultural differences and geographical vastness was alienating at first but it gave fresh perspective and inspiration, disrupting some creative stagnation he was starting to feel from living in the UK. “I found it really helpful”, Maker says now.

As a result of this free-form composition process and their extensive live performances over the last few years, Love What Survives is a looser, more ambitious record than Mount Kimbie have ever made before. Elastic melodies and rough-edged instrumentation give it a warm energy: the pre-Midi groove of ‘Delta’ locking with simple, direct chord progressions; ‘Poison’ showing a delicate, introspective side; ‘Audition’ suggesting a Krautrock influence, with “drum machines that sound like they were played by humans and acoustic instruments that sound like they were played by machines.”

As well as experimenting with new instrumentation the band embraced collaboration to take their sound to new levels. ‘Marilyn’, a soft-focus, bubbling duet with Micachu, builds to a sun-flecked brassy climax, whereas the motorik rhythm section of ‘Blue Train Lines’ gives King Krule a fast lane on which to deliver his jagged vocal bursts. ‘You Look Certain (I’m Not So Sure)’, is sung by the band’s live member Andrea Balency and shows Campos experimenting with scrappy guitar riffs. Meanwhile, Maker describes ‘T.A.M.E.D’, sung by himself, as “our version of a pop song — a really deranged pop song”.

The album reveals a freer, warmer and more confident Mount Kimbie. “Having more people involved has really helped let go of a bit of control,” Dom Maker explains. “The memory of this record is very different from the last one. This one feels very bright, and the last one feels really dark. I guess that comes from having it be something that’s shared with friends.”

Another source of this influence of new personalities in defining the direction of the record was the series of NTS Radio shows the pair curated in 2015 and 2017. The eclectic shows featured album contributors James Blake, Micachu and King Krule, plus guests Actress, William Basinski, Savages, Connan Mockasin, Warpaint and Julia Holter, giving the band a fresh ear for what they wanted to create themselves. As Maker puts it: “The variety of the shows definitely pushed us to explore new areas, new pieces of kit, new sounds.”

Looking back from these “new areas” at this point in their career it’s worth considering the ground the duo have already navigated. Since releasing their debut Crooks & Lovers in 2010, a kaleidoscopic classic that redefined the possibilities of UK electronic music, they have constantly evolved. The follow-up, 2013’s critically acclaimed Cold Spring Fault Less Youth, was a bold move into songwriting and live instrumentation. They recruited King Krule to vocal on two tracks, and sang on record themselves for the first time on the tape-hiss house anthem ‘Made To Stray’, creating a new world of introspection and melancholy, fleeting between electronic programming, synthesized sound and acoustic production.

Their continual forward motion has positioned them as one of the UK’s most progressive and respected artists. Their central role in the birthing of the so-called “post-dubstep” sound initially inspired a generation of electronic producers around the turn of the decade, and has more recently crossed over to some of the biggest US artists. Their Crooks & Lovers standout ‘Adriatic’ found new life in Chance the Rapper and Justin Bieber’s 2016 song ‘Juke Jam’, while Dom worked with James Blake on production for multiple tracks on JAY-Z’s forthcoming album, as well as further productions on currently unannounced projects.

Despite the weight of this influence, the band are still far from categorizable. Love What Survives only adds to their reputation, proving the band are as vital as ever and offering no clues as to where their thrilling evolution might visit next.