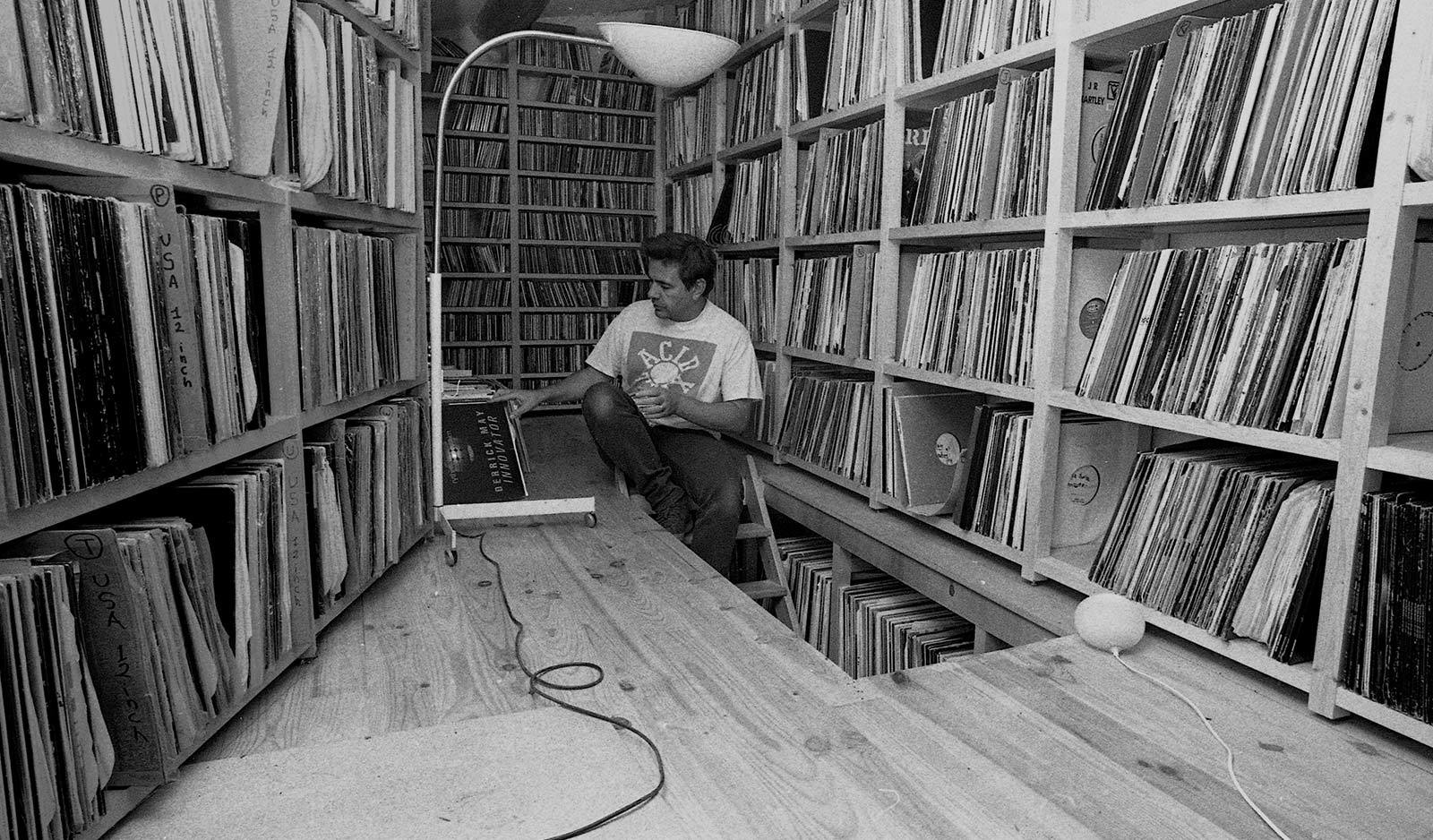 By the time I was ten years old my bedroom looked like a nightclub. There were strobes, multi- coloured flashing lights, a disco ball, a DJ booth and a dance floor. When I switched on my equipment hundreds of tiny white lights would flit across my bedroom ceiling and walls. I switched on my disco ball every night. I only dreamt of one thing: making people dance." Laurent Garnier in "Electrochoc" by Laurent Garnier and David Brun-Lambert

Laurent Garnier has been making the planet dance for 30 years. One of the pioneering DJs of the dance music scene, he experienced first-hand the euphoria of the acid-house movement in Manchester. He then went on to Wake Up and shake up Paris nightlife, from La Luna to the Palace, not forgetting the Rex Club. As one of the leading lights in French dance music, he spread his message across the planet, from raves to warehouse parties, clubs to festivals. He is a multi- faceted artist whose impact on the music scene is far-reaching. But above all he is a DJ, a true DJ: transformed by music, passionate about the crowd. Bodies move in a trance on the dance floor, minds elsewhere. Yet he is also an explorer of old and new sounds and has an amazingly rich musical culture. He spends most of his spare time sifting through old vinyl in record shops, checking the music blogs, following the most obscure leads on the internet and listening to every single piece of music he is sent.
Music, the pulse of our planet, is his Holy Grail.

Musical eclecticism is also at the heart of Laurent Garnier's contribution to radio. At the beginning of the 90's, Laurent Garnier got behind the microphone, playing records on Radio FG, Maxximum, Fun Radio and Radio Nova, where he remained a vital force for 18 years. In 2003, he created PBB “Pedro's Broadcasting Basement”, his own webradio. As if that was not enough, in 2009 he launched his monthly radio show “IT IS WHAT IT IS”, now exclusively broadcast in French on Radio Meuh and in English on Worldwide FM.

Laurent Garnier is an artist who never stands still. He is tireless in his enthusiasm and is always bursting with new ideas and projects. As well as the demands of his DJ-ing and his radio shows, Laurent Garnier has also evolved into a well-respected music producer. His first big hits (Acid Eiffel and Wake Up), both soundtracks to the explosion of dance music in France, have paved the way for a series of albums that are both elaborate and multi-layered. In the space of six celebrated albums, Laurent Garnier has embarked upon a remarkable journey. His latest releases are on labels such as Ed Banger, Kompakt, MCDE, 50 weapons, Hypercolour.

His musical journey is described in the book Electrochoc that Laurent Garnier and the journalist- writer David Brun-Lambert wrote together (released in 2003, and then updated in 2013) which sold 25 000 copies in France alone. In this biography, Laurent Garnier tells the epic story of electronic music through his experiences and recollections. Electrochoc was a publishing hit and has subsequently been translated into several other languages including English, Spanish, German, Japanese, Russian, Italian and Croatian.

Aside from his albums and singles, Laurent Garnier is also a composer for the cinema, television and theatre. He wrote the music for the films SDF Go Home and Qu’Allah Bénisse La France, for the documentary Play, for the animated film Globi and the Stolen Shadows and in 2010 made the music for the French television show Groland. For theatre, Laurent Garnier has composed the music for contemporary dance choreographers Angelin Preljocaj (Fire Sketch and Suivront Mille Ans de Calme) and Marie-Claude Pietragalla. In 2015 he also produced the album “Scarifications” for the French rapper Abd Al Malik.

After 30 years devoted to music, Laurent has been made Chévalier de la Légion d ́Honneur in 2017.