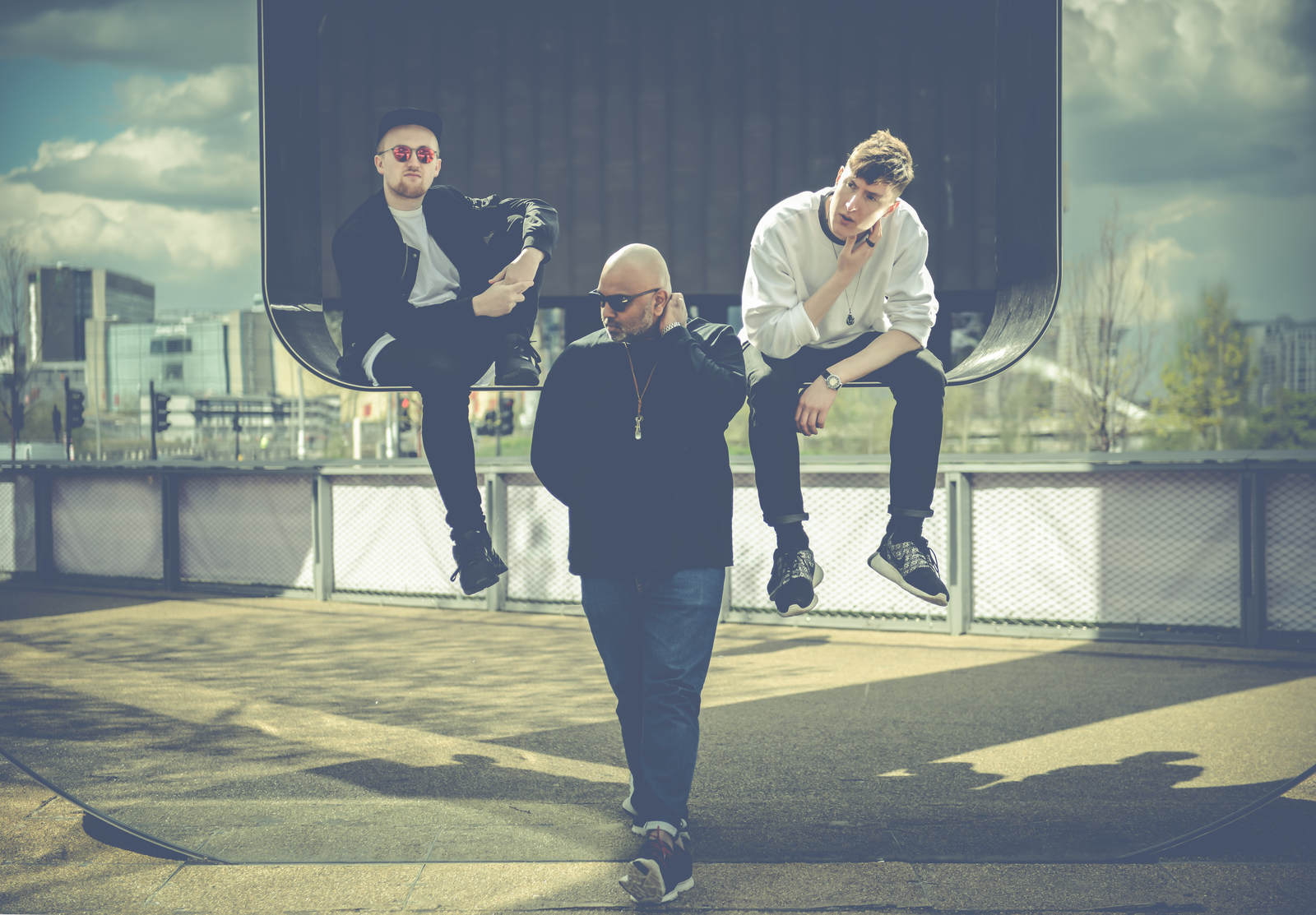 North London trio Ivy Lab were brought together out of a shared enthusiasm for experimentations on the fringes of the Drum’n’Bass scene. Several years on from that initial coming together, the collective go from strength to strength earning a place in ‘The top 10 DJ’s of 2015’ (Mixmag) and propagating a new generation of sub-genres housed within the framework of their ’20/20 LDN’ project.

Boasting a crew comprising of both recently established and veteran talent; the individual Ivy Lab members have enjoyed a rich vein of success, for some of them dating back a decade and spanning feats ranging from remixing the Mercury nominated Kate Tempest, to engineering and remixing for Goldie, to soundtracking for American History X director Tony Kaye.

Collective-elder Gove Kidao (Sabre) had been plying his trade since the mid noughties for labels such as Critical Music, Metalheadz and Renegade Hardware. J Fogel (Stray) commands an inventive catalogue of music primarily for Exit Records, noted for its early-adoption of themes that have gone on to codify the ‘Halftime’ movement. Laurence Reading (Halogenix) is the most recent of the trio to leave his mark with his widely celebrated “All Blue” and “Her Waves” E.P’s, and an established song-writing relationship with hotly tipped British singers Wolfie & Roses Gabor.

Ivy Lab first came to prominence around 2012 as a drum’n’bass act working predominantly for the Critical Music label through which their anthemic debut single “Oblique” was released. Tracks like “Live on your smile” , “20 Questions” & “Make it Clear” alongside a series of well-received remixes for artists and labels including Sub Focus (Universal), TC (3beat) and Anushka (Brownwood) further captured the trademark soulful-cum-melancholic sound the trio had become celebrated for.

Several years on from their initial offerings, the collective now find themselves at the apex of the ‘Halftime’ movement - A motley assortment of actors from across the bass music landscape applying their sonic-heritage to experiments with hip-hop and drum machine electronica. Both Ivy Lab and the halftime movement enjoyed a landmark moment with the release of the “Sunday Crunk” remix which travelled way beyond its status as Beatports best selling drum’n’bass track of 2015 to become one of the years most played tracks by DJ’s of all persuasions.

The trio further piloted the exploration of this new sound with the birth of the ‘20/20 LDN’ clubnight. A year after it’s launch at a humble 200 cap gig venue, the event was drafted into the Columbo Group empire and now resides at their flagship South London premises Phonox where it has been described as “ultra innovative” (Timeout Magazine) and a “London standout” (Mixmag).

The pioneering spirit on show at the clubnights served as the raison d'être for the 20/20 LDN record label; minted in 2015 and launched with the pseudo-mixtape/compilation LP “Ivy Lab presents 20/20 Volume.1” - described as “uncompromising, insightful and rather awesome : 9/10” (Mixmag) and “impossible to categorise : 9/10” (DJ Mag) . A galvanising moment in the progression of both the Halftime movement and the Ivy Lab collective; The trio take the currency earned from the Volume.1 LP on the road for the 2016 summer season with showpiece appearances at Glastonbury, Sonar, Boomtown, Bass Coast and Lovebox, with main stage appearances at both Exit and Outlook festival.

Ivy Lab head into the horizon not only with an anchored presence at the cutting edge of the bass-music landscape, but also a secured reputation as pioneering label bosses & event promoters in ownership of one of the UK’s most exciting contemporary music brands.