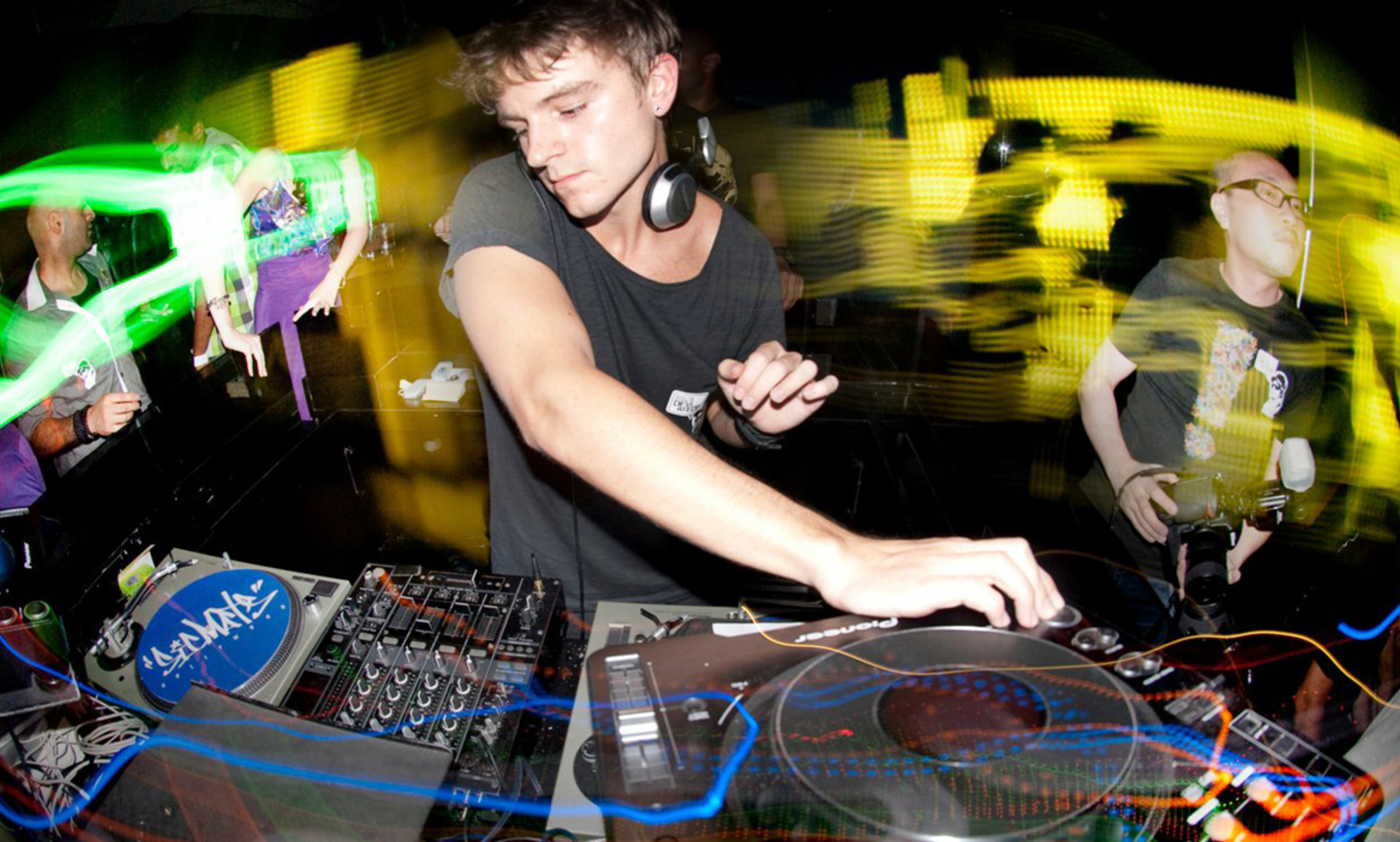 Originally from a small town in Florida, USA, Casey grew up on noisy guitars until he attended his first rave on a beach in Hong Kong in 2006, where he immediately swore he would become a DJ and producer. He’s since spent a decade perched above dancefloors, sharpening his laser-focused intuition on how to manipulate dancers to have the best time possible with the weirdest house and cosmic techno acceptable. A year or two ago he largely stepped back from the decks, as he turned his focus to schematics and electronic circuits, building his own eurorack format modular synthesizer to replace the DJ decks as the tool choice. Although he has performed live sets before, Sonar Hong Kong will be the first time debuting this performance of purely improvised techno.

The idea is to make dancefloor-ready techno that’s a 50/50 collaboration between man and machine. When Casey’s homemade modular synthesizer is switched on, it plays completely atonal melodies in irregular, non-repeating patterns. Casey turns some knobs and switches that set some “rules”, making the range of randomness narrower and narrower, until repeating melodies begin to appear into rhythmic loops. Once the machine’s initial, wild impulses have been tamed into a groove, Casey begins playing external instruments like drums or keyboards, adding a more human element to the machine-created techno, and man and machine then continue playing back and forth. Sometimes the synthesizer will suddenly do something resembling a bass solo or drum fill - sometimes Casey has set this up, but sometimes it's just trapped voltages find a way to escape. The whole process is like having a free-form jam session with your friend, except your friend is a robot you built!

When the moment has finished, the basic “rules” are changed by re-adjusting the knobs and switches, the process starts over, and the whole performance continues evolving in this non-linear way. Because everything begins with random voltages temporarily captured into loops, the synthesizer’s settings can never be saved or recalled after they have been passed. That means every performance is a unique, impermanent, improvised balancing act between a man and his machine. The best part is you can dance to it!